There is a new member of the Firelight pack: Belle, or her proper name, Isabelle du Pays de Soleil, is a beautiful orange roan Epagneul Breton. 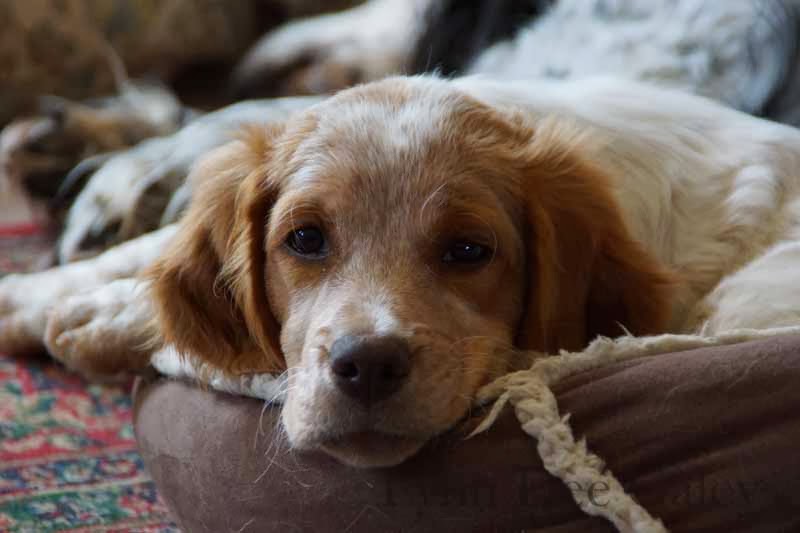 Belle's timing was very good, she was ready for us to pick her up just as our bird season was closing here in Kansas at the end of January.  Our quick trip to AZ was an all-EB trip, we took just Jack and Dee with us as my honorary-sister Sandy held down the fort and hung out at the house with the Setters.  On our way south we stayed overnight at a ranch cabin belong to a friend of Mike's and the next morning we pheasant hunted, visited with his friend and then made a long planned trip to a nearby field. 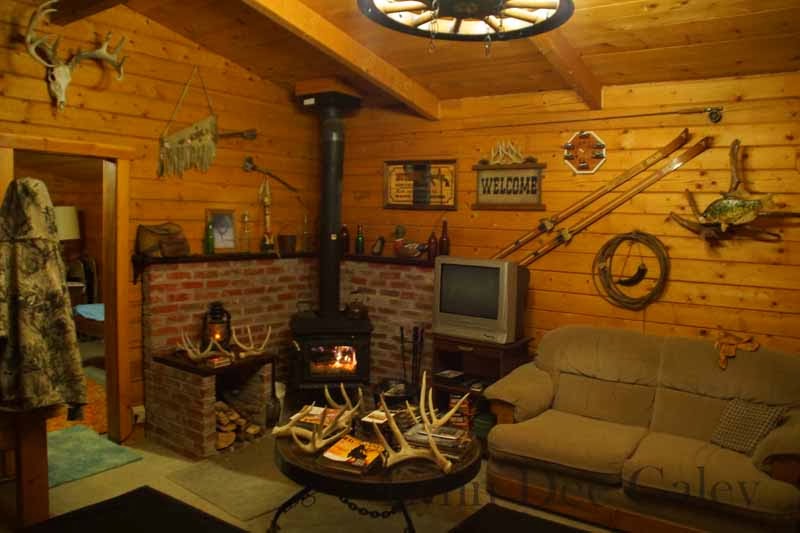 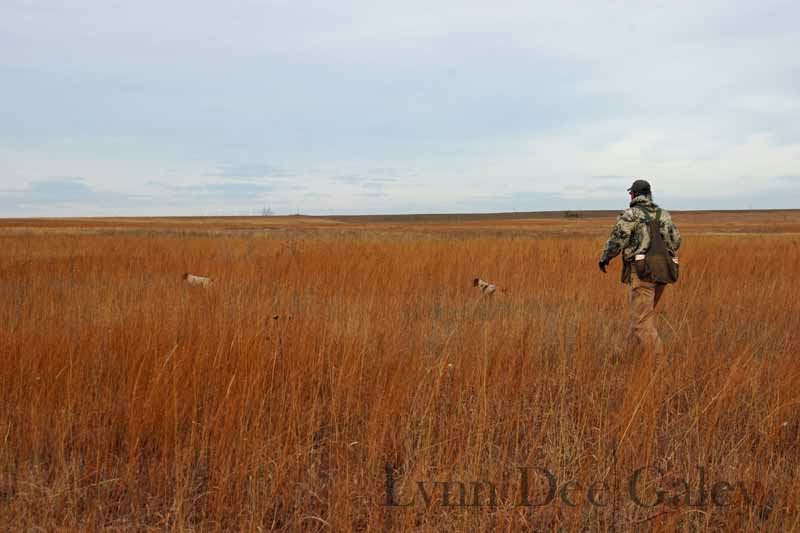 Mike had told me about a small field that he had hunted many times with his 2 late Brittany brothers, Zeke and Scout.  Both had hunted until they were double digits in age and over the years they had put on many a show with roosters, giving him a full gamebag and memories for a lifetime. This field in particular held many memories of their hunts together.  We had brought their ashes along with us and stood watching as the breeze gently spread them across the field where they had shared such joy. 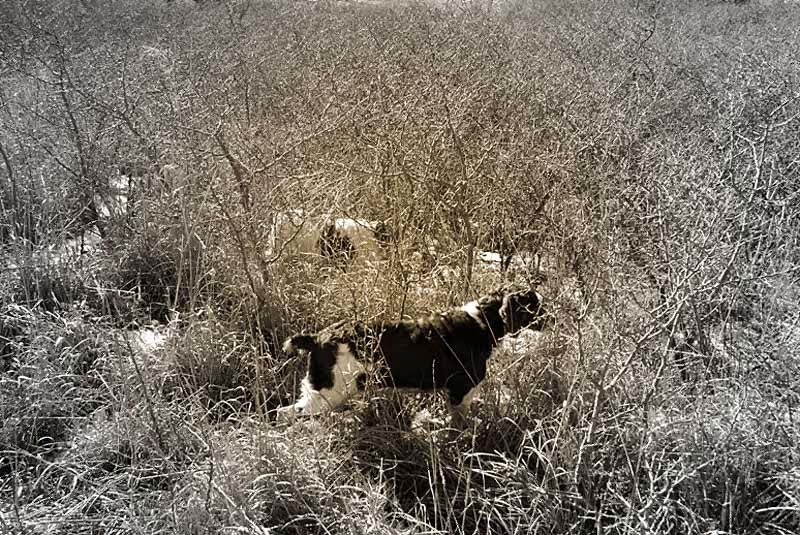 We then continued south, looking foward not only to picking up the pup and spending time with her breeders, Don and Linda Rice, but also to visit and hunt with friends Jeff and Donna and not lastly, briefly escape from the cold and snow.  We did run into a brief snowstorm in Flagstaff but we smiled as the temps rose as we dropped in elevation from there.  Jeff and Donna winter in a beautiful part of AZ and the scenery was a beautiful backdrop to a good day of quail hunting with Jeff generously guiding us the unfamiliar grounds. 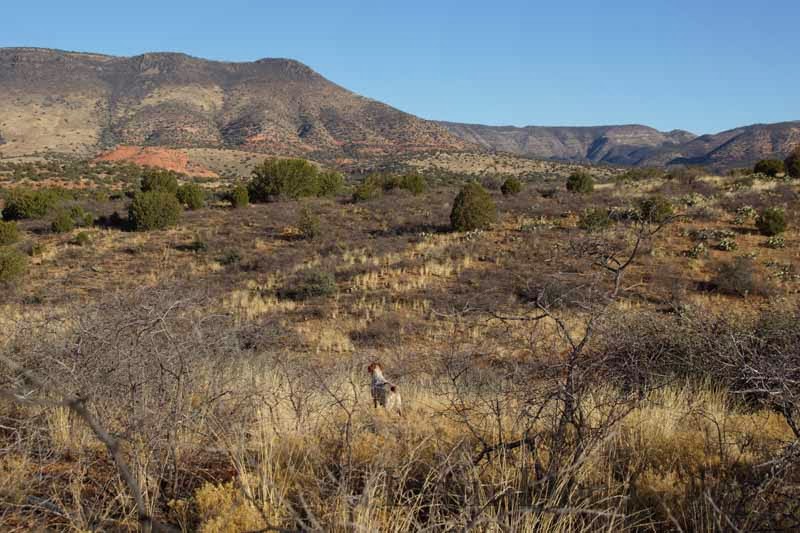 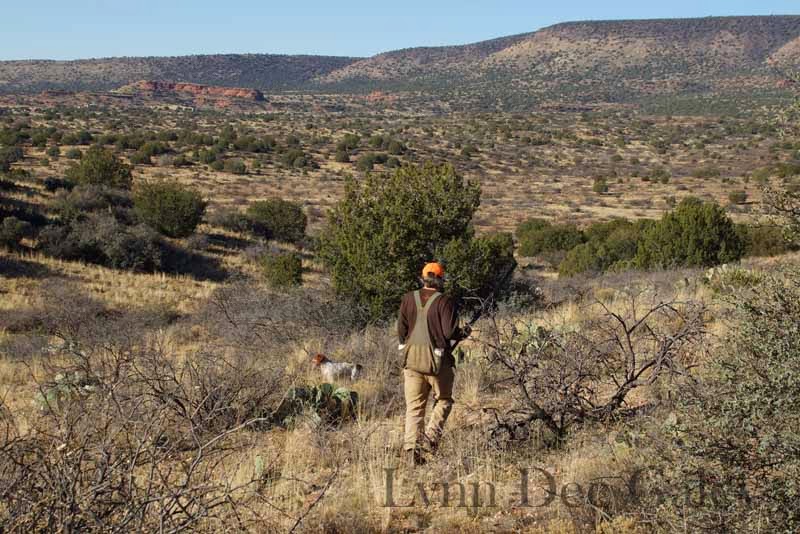 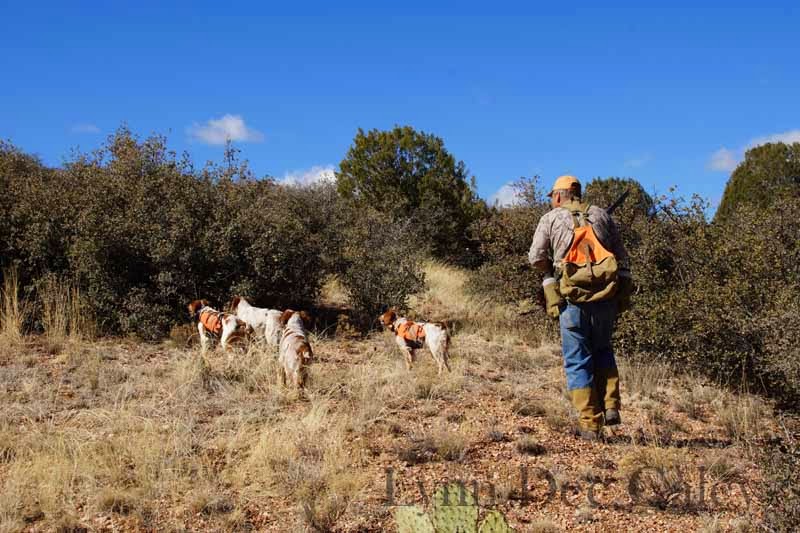 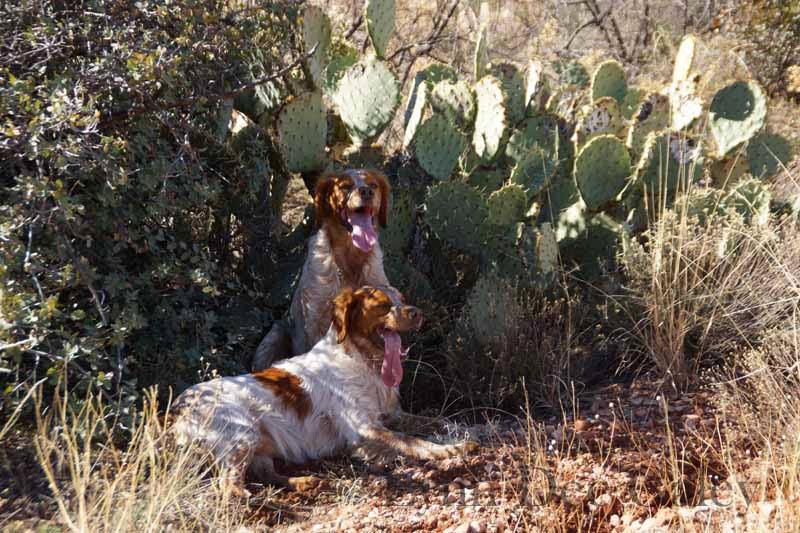 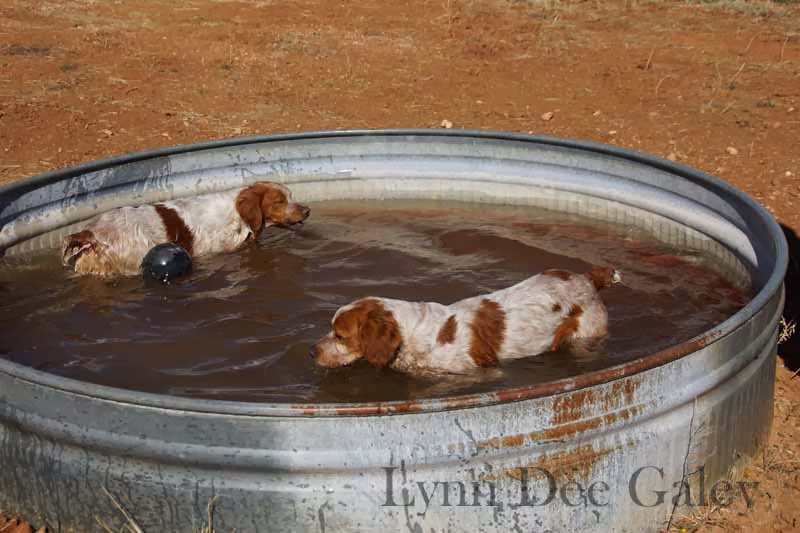 Our Setter numbers have also changed a little.  If you remember, in 2013 I kept 2 pups, Seth and Sally, from Tweeds litter.  We hunted them in Montana and as their breeder it was educational and fun to watch them go from playful pups to hunting well and handling birds long before their 1st birthday.  But our plan all along was to place Seth since we really do not have room for another male.  In January, after a couple days of wicked cold hunts with us and our dogs, Seth was purchased by another small breeder of rymans: with them he will be a ruffed grouse dog and stud dog for their lovely females.  I still miss his sweet face but know that he is happy to have a family of his own taking good care of him.....and I also can look forward to the day when a pup from him will come back to me to start the circle all over again. 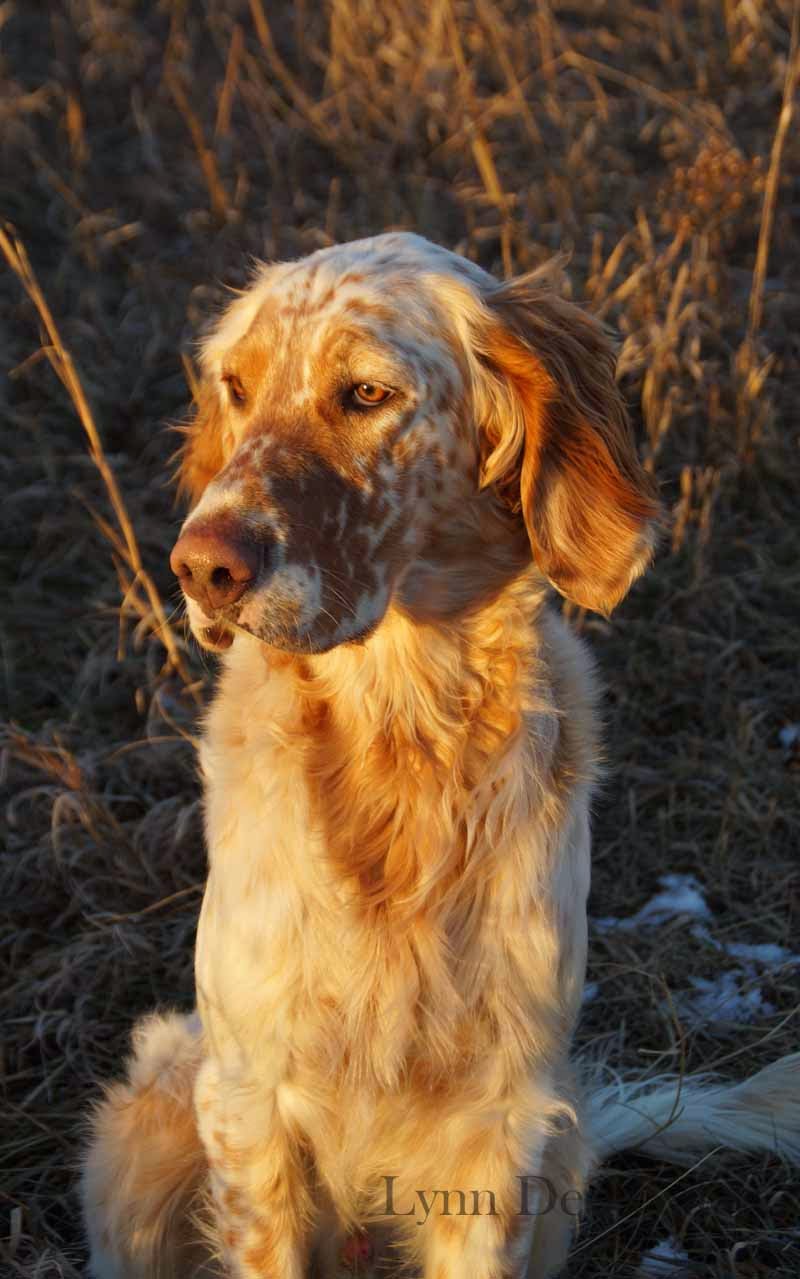 So Sally is the chosen one to stay on and to hopefully carry on our little family line here at home.  She is sweet, silly and stylish and covers the ground with speed.  Her covey finds here in KS seem to each time be buried deep in cover so her photos are poor but I think the future is bright for the Firelight pack. 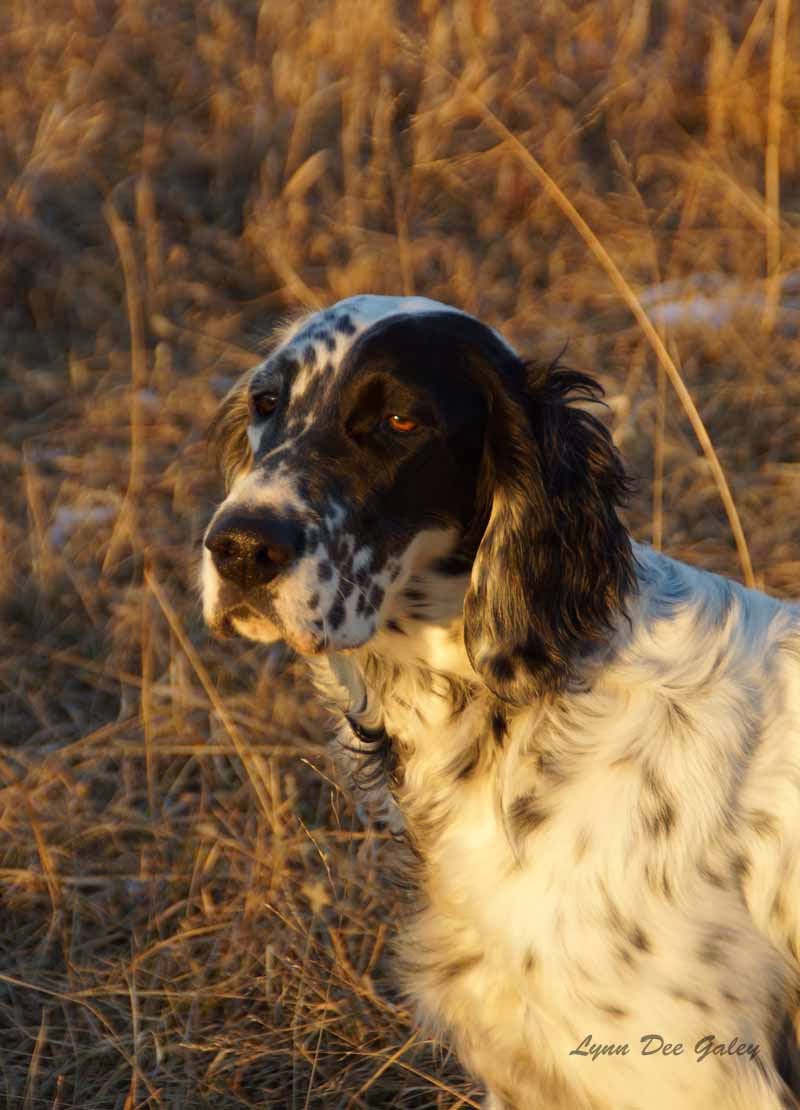 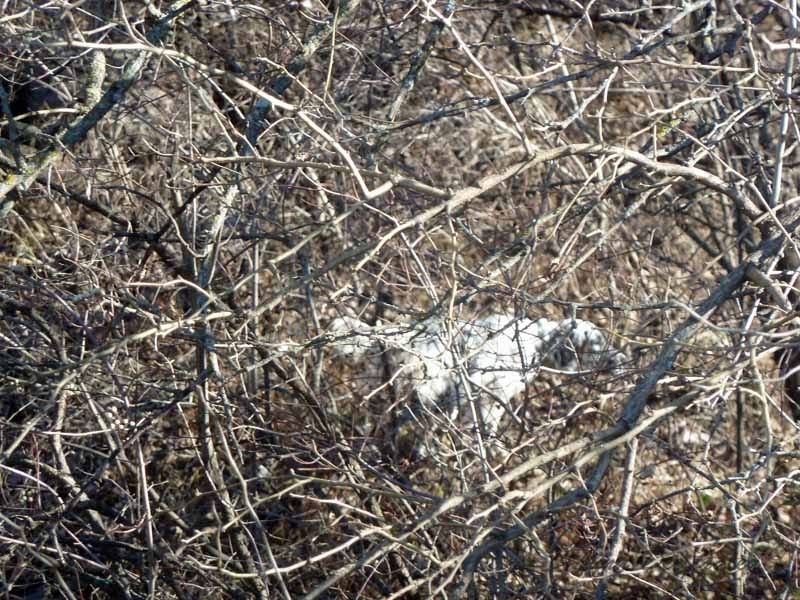 Posted by Firelight Reflections at 6:56 PM No comments: