Things have been very busy here at our little spot in the world.  As if starting a produce business and remodeling the house weren't enough, we are also preparing for the whelping of a Setter litter in less than 2 weeks plus have a baby French Brit.  I'll try to briefly catch you up.

First, our place is blessed to be sitting on very good quality ground.  There is active farmland all around us but this property has not been farmed for quite a while and has become overgrown.  Mike is putting the soil back to work with his organic Glacier Rock Produce Farm.  He spent early springtime sodbusting and preparing the ground and now has hundreds of vegetable plants thriving under his diligent care.  Once ready, produce will be marketed to restaurants and markets in the area. 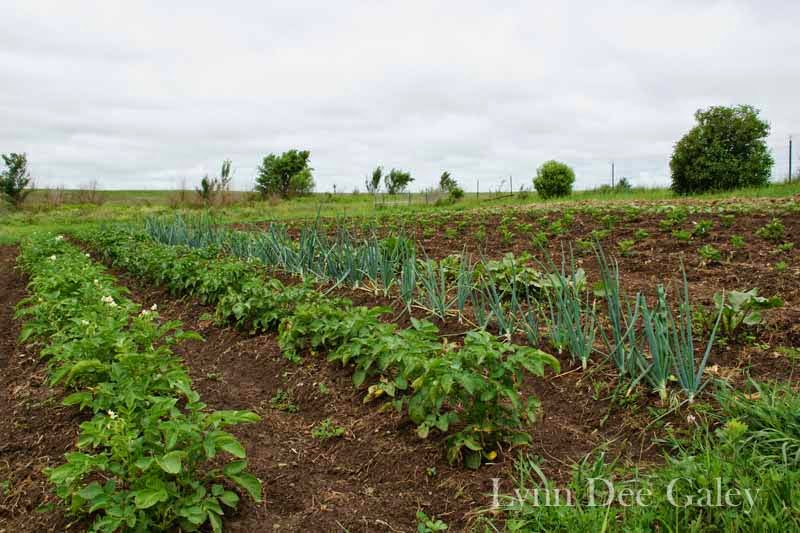 The house we bought last year fits us very well but this spring we have been doing some updating.  We laid new flooring, installed new lighting and bought new appliances.  We are on-hold at the moment, waiting for the cabinetmaker to finish the new wall oven cabinet and island countertop but that should pretty much wrap it up.  It has been a lot of work but we are very pleased with results so far.  I will post some pics when completed. 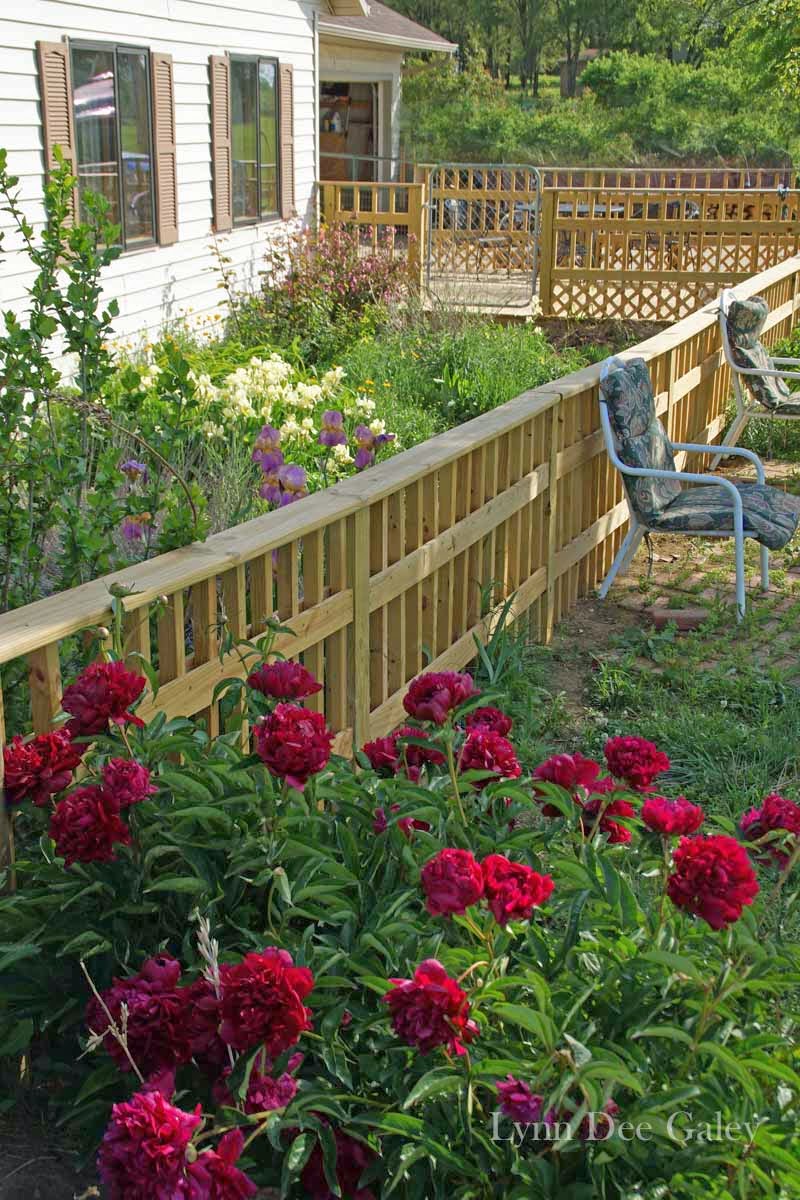 Mike built a great deck this spring where we spend a lot of time.  He also extended the railing to keep the dogs out of the beautiful flower garden that the previous owner had lovingly planted.  It is a bit of a mystery watching things grow in there since I'm never certain which are weeds and which are flowers.  But patience has paid off and there have been blooms for weeks now and should be all through the summer. 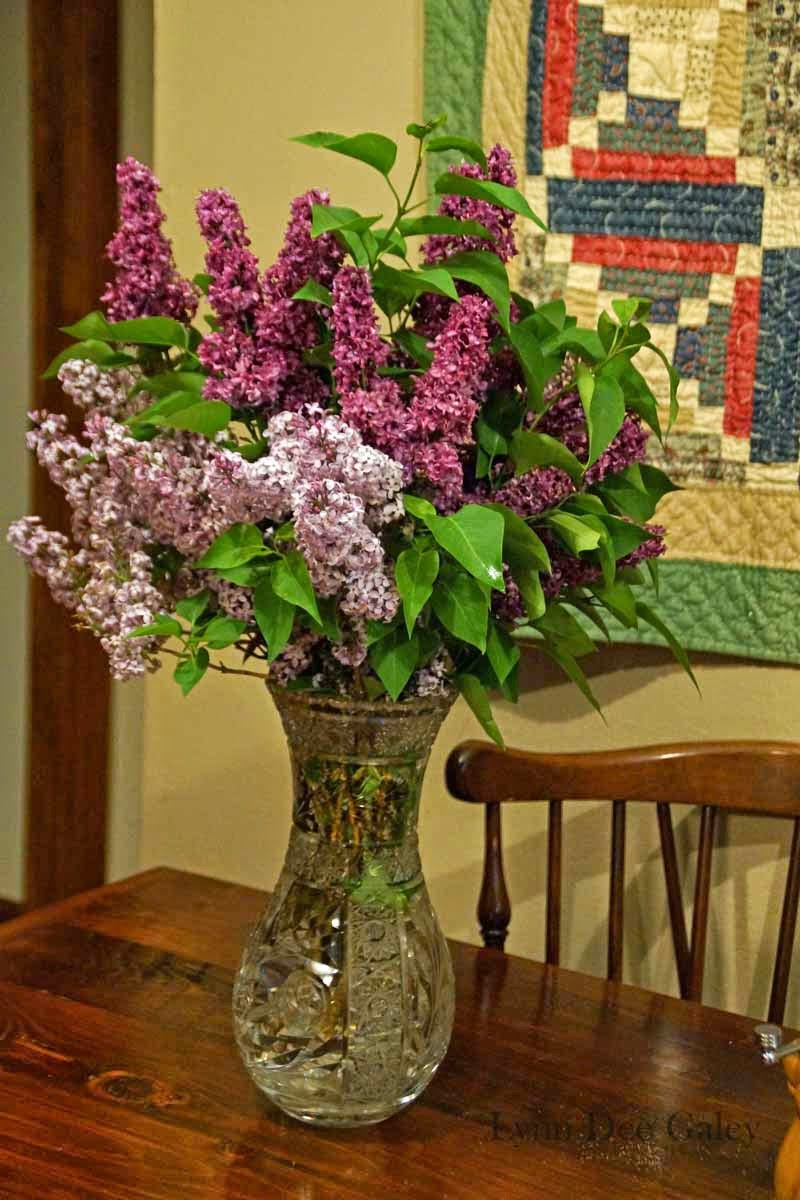 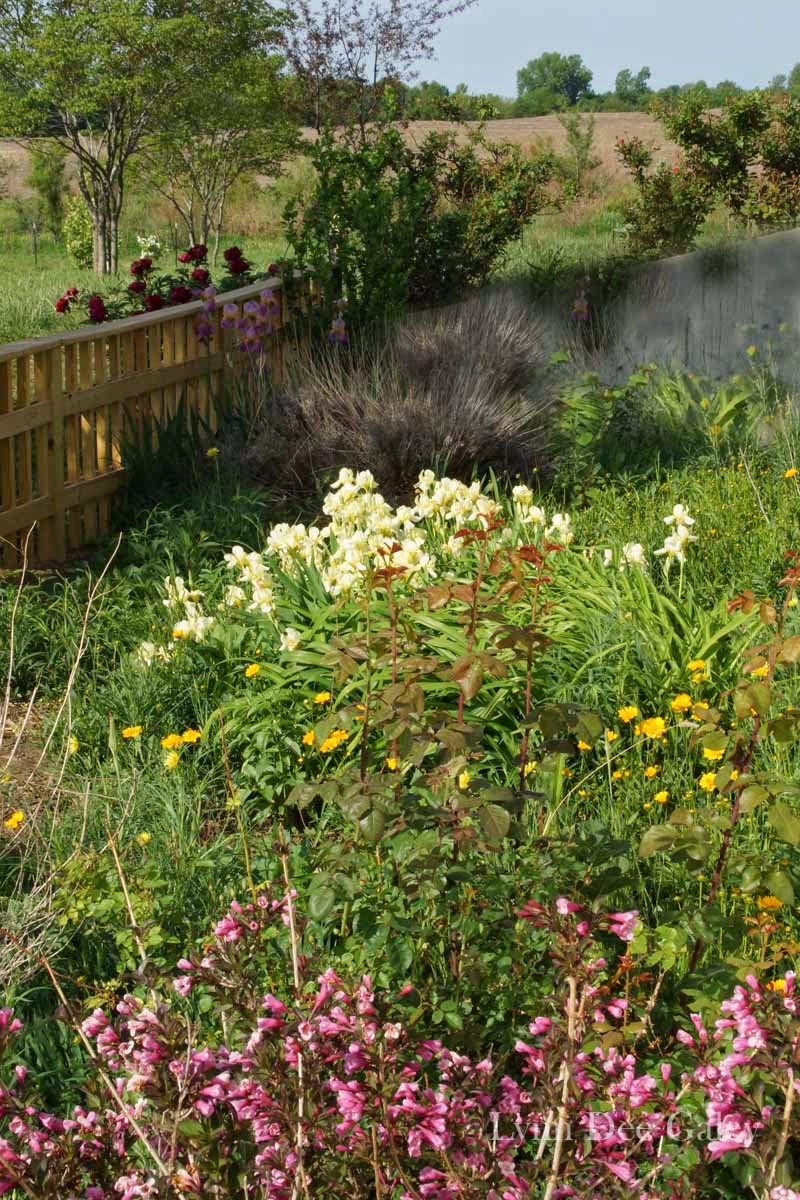 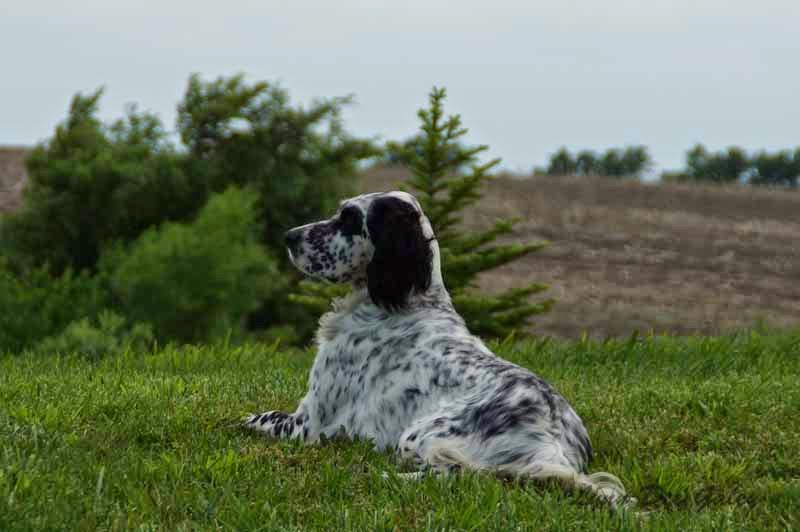 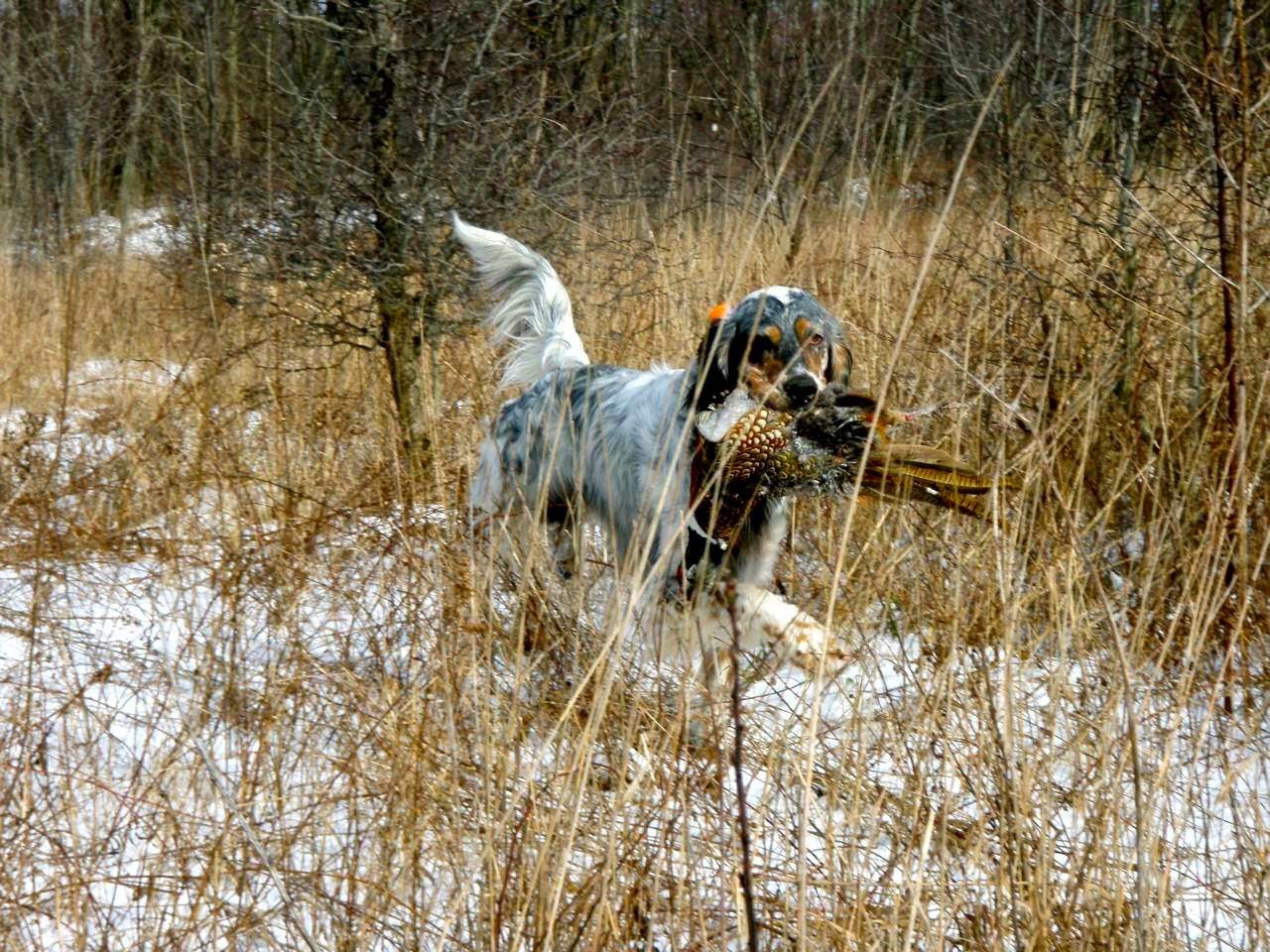 On the "pack" side of things we have exciting news.  Back in April I made a quick trip to PA and bred my setter Storm to a handsome tri-color grouse dog, "Gus."  (yes, I know that he is retrieving a pheasant in this photo but I just like this particular pic of him)

Gus sired my last pups out of Tweed and those youngsters have been such a huge success that I just had to go back to him.  Since Tweed is Storm's mother, I am expecting this litter to be of the same quality. Several perfect homes have already been arranged but I am hoping for a large litter so there will still be puppies available. 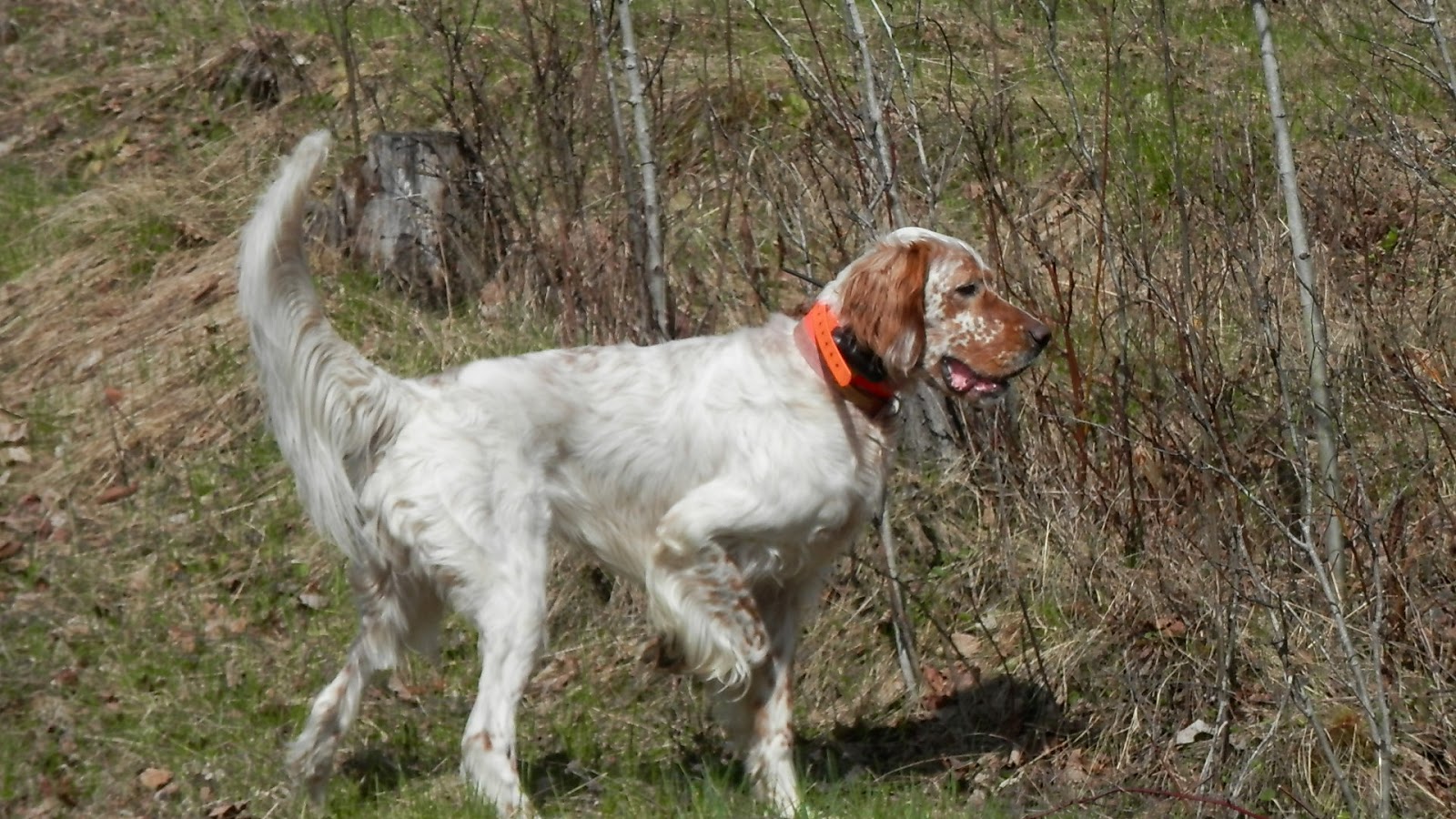 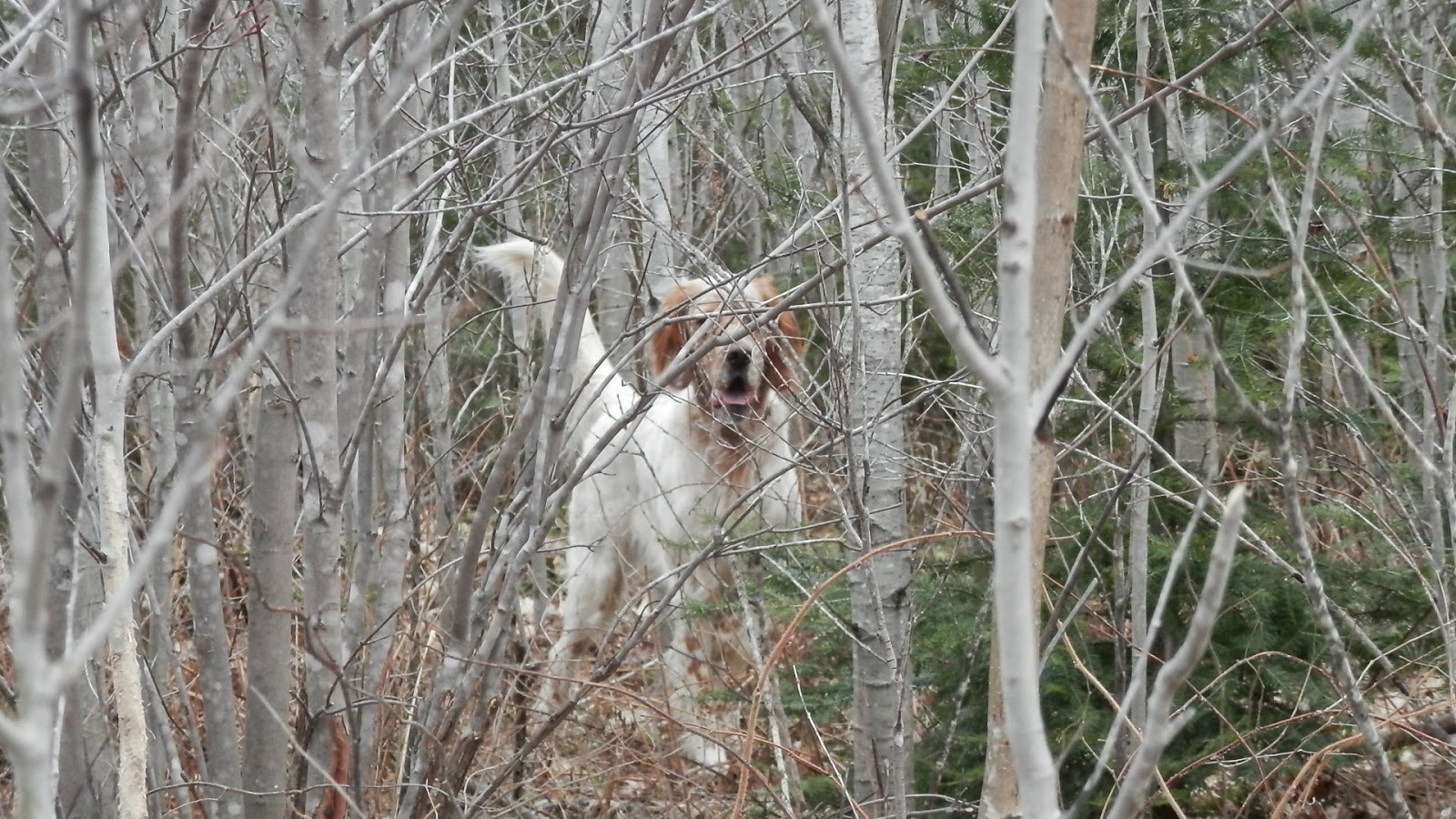 These two photos are of one of the Tweed x Gus youngsters taken this spring.  His owner has raised him in a classic manner: 27 months old now he has never seen a pen raised bird or an electronic collar.  Not only has Jerry done a great job with the pup but I also love that he carries a camera and sends me photos! 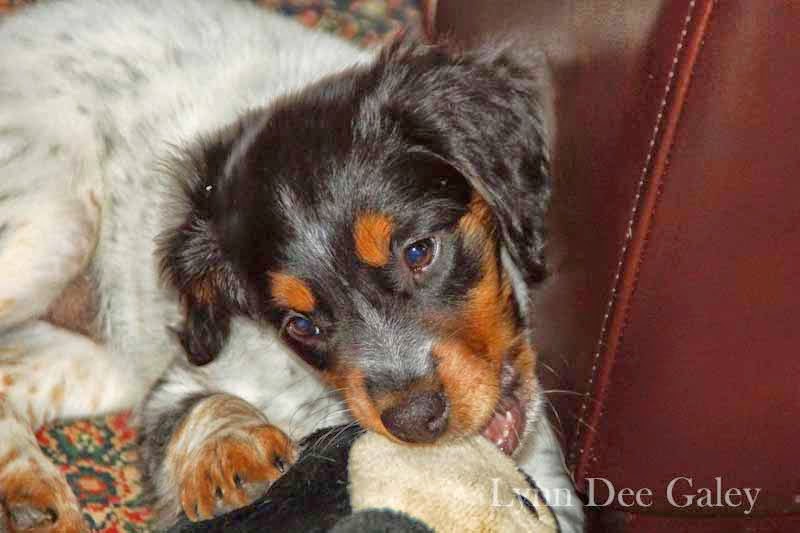 And last, but certainly not least:  just this week we stumbled across a French Brittany litter with a pedigree that we couldn't resist.  When I saw this little gal whose coloring reminds me so much of my late, beloved setter, Ditto, it was a done deal.  Let me introduce "Jazz" who fills the last spot on our birddog team 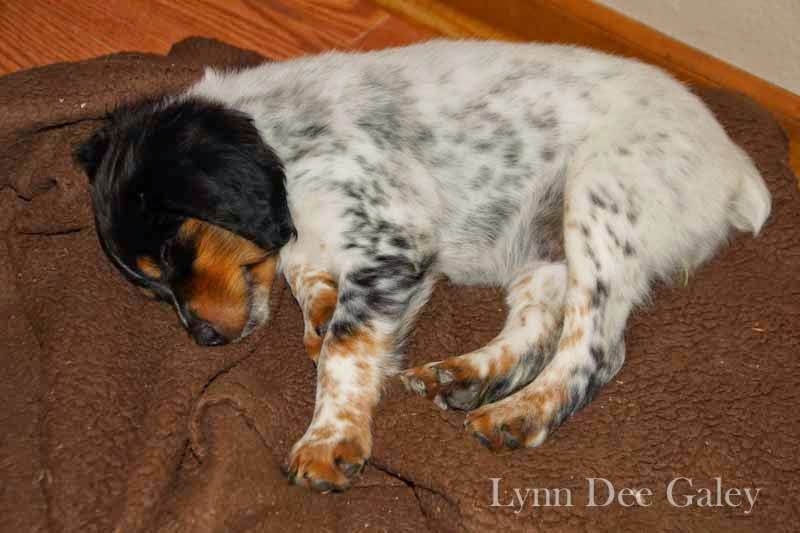 Posted by Firelight Reflections at 4:20 PM No comments: