Hunting season that is.  Oh sure, being December 22nd there are decorations around the house, a wreath on the door and Christmas cookies in the kitchen.  But we are still hunting....and have another month+ of hunting ahead of us!  This gift of time is something I am still getting used to.

You see, back in Vermont the season officially closes on Dec 31st but many, ok - most, years, significant snowfall has already shut down the bird hunting by now.  There might be some short late season hunts just to get outside and enjoy the crisp air but on woody mountainsides the going gets tough once the snow gets more than a few inches deep.  Winter settles in deeply in Vermont with a rhythm of quiet snowfall, crackling fires, and dogs settling in by the woodstove. 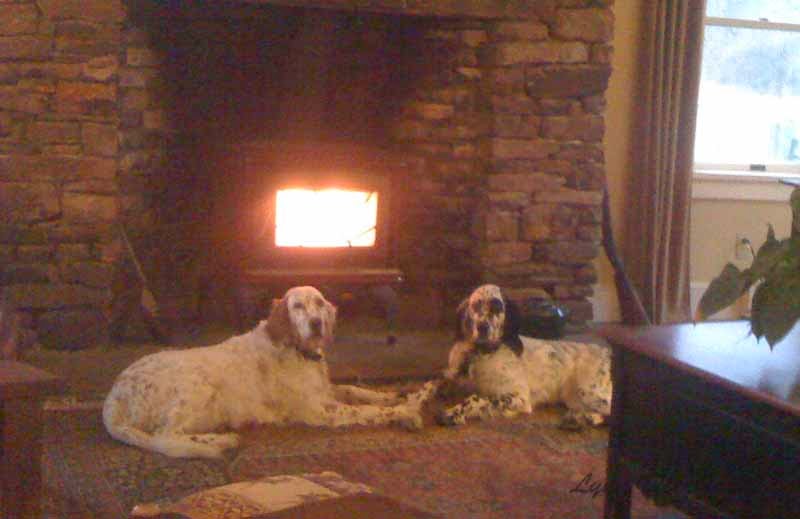 I am sitting in Kansas as I write this though, and although there are dogs sleeping in front of the woodstove, the temperature outside is 45 degrees.  The light snow we received a few days ago is gone and for a couple of days is replaced by mud.  But by tomorrow it will have dried up enough to be very pleasant hunting with a forecast of 38 degrees and we will be back out there.  I took this photo just a few days ago of our 2 youngest dogs, Jazz and Belle..  The warmth of a fire attracts all dogs regardless of breed or age.  But don't worry, the setters from the photo above are sound asleep in nearby chairs. 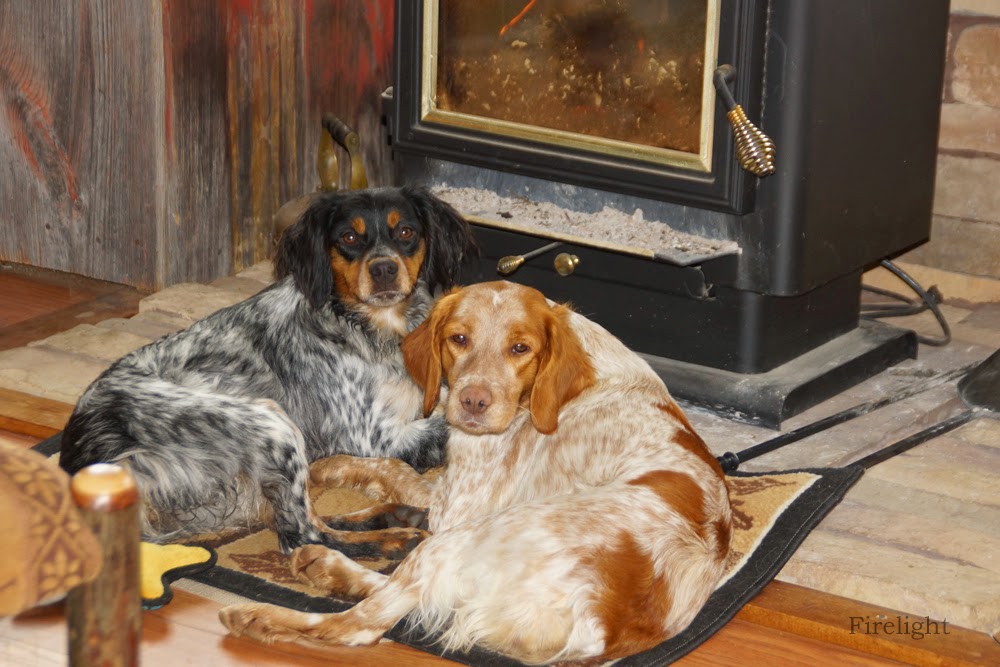 At the beginning of December we took the OR and spent a few days in western Kansas where Mike likes to deer hunt.  He took a couple of deer but we were disappointed to see that the pheasant numbers were still depressed.  We returned home and he took a third deer locally.  We don't buy beef all year long but instead eat 'grass fed venison.'  Mike also processes all of the scraps from the deer for supplementing for the dogs.


Western Kansas, where deer hunting is in wide open country and is all about spot and stalk.  After shooting the deer Mike had dragged them over to this small tree, the only distinguishing landmark to assure we could find them when we returned with the cart. 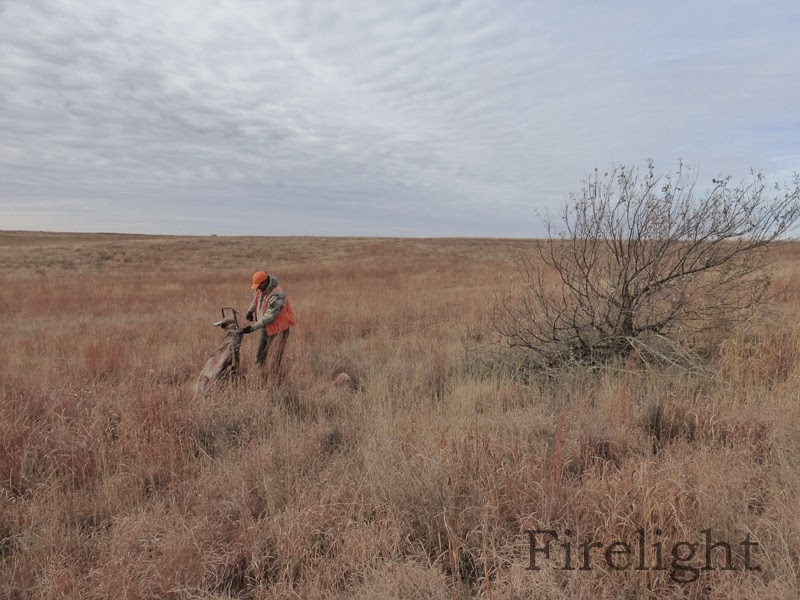 There were not a lot of pheasants but enough for some good dining on pheasant fajitas in the OR. 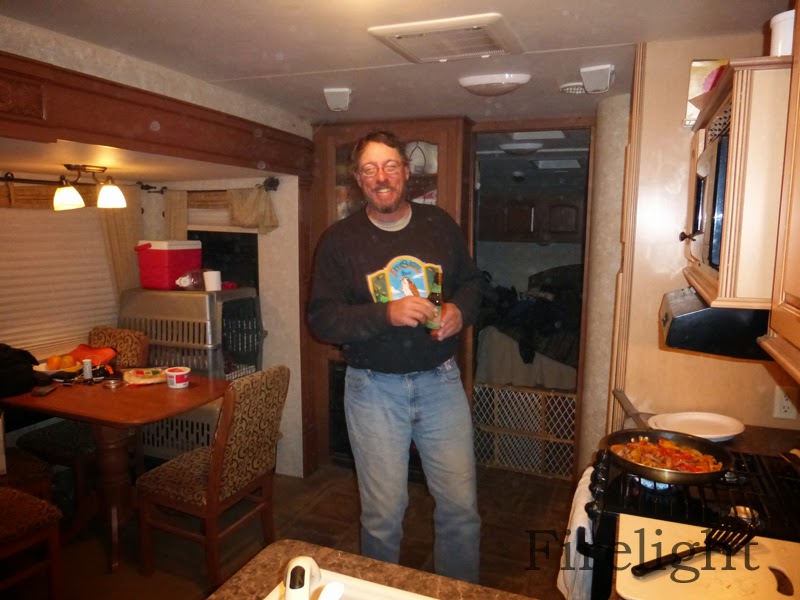 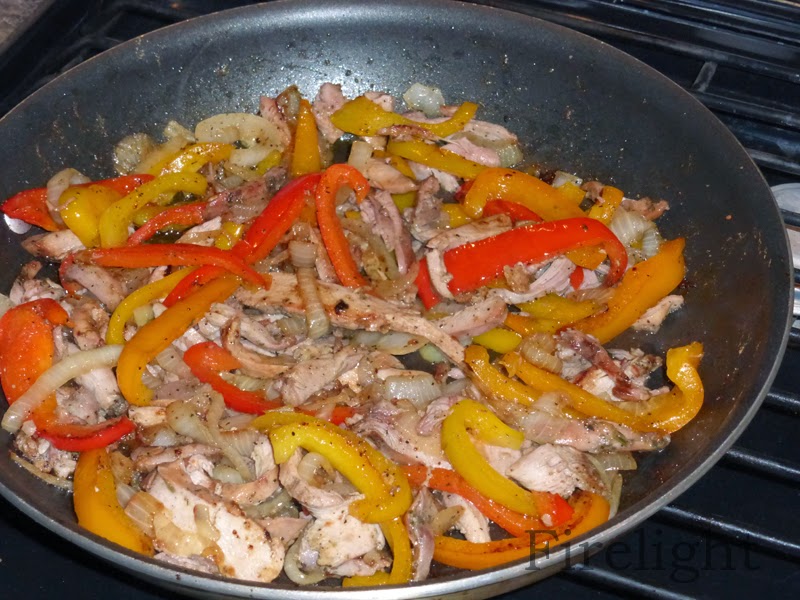 But after a week of deer hunting it was back to bird hunting out of the house.  Often we pack a lunch since our search for new areas may take us a distance from the house.  We snack on cheeses, meats, crackers and apples in the car while on break between the morning and afternoon hunts.  This car lunch is the same that we often have when we hunt in Montana as well and it has become a pleasurable part of our hunting routine.

We enjoy exploring new covers and are delighted when we find quail coveys on new grounds.We continue to be conservation minded when hunting the quail: the size of the covey determines whether we pursue singles and how many it is okay to take.  On a typical, healthy covey we typically will take only one or two birds, knowing that if it is a large covey we can always revisit them before the season ends.

I will close with some random dog pictures that I have taken the past few weeks.  As always, I have more and will try to share in future posts.


Good cover means birds which means dogs on point but that cover also means more photos get tossed than kept, this pic is an example of why. That's Belle hidden behind the grass.
(click on any photo to enlarge) 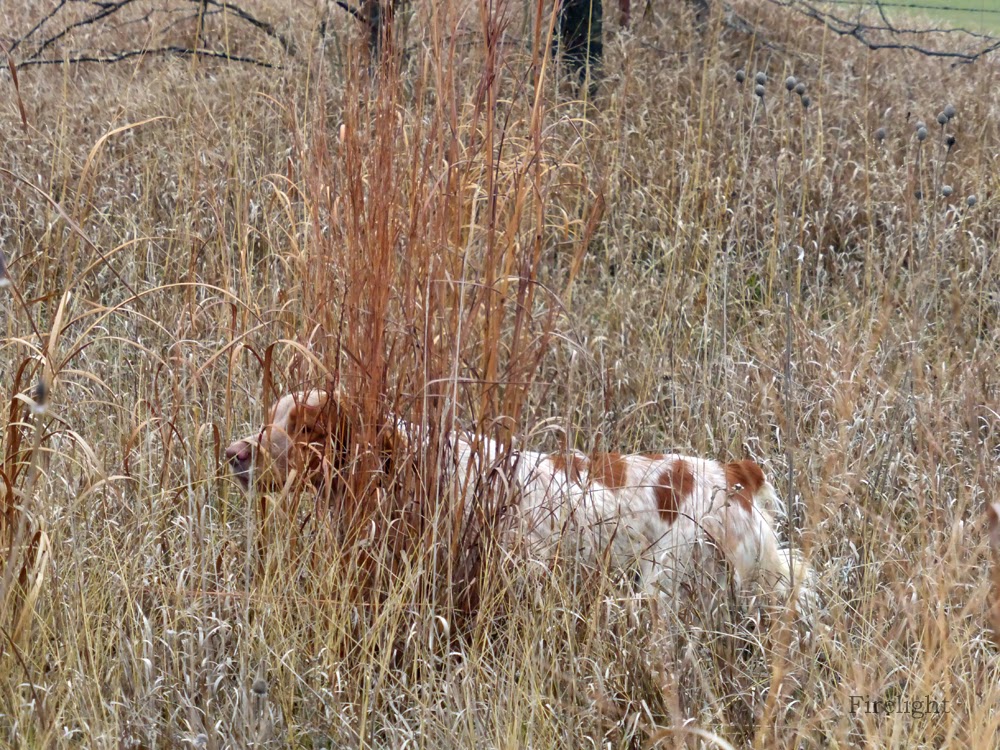 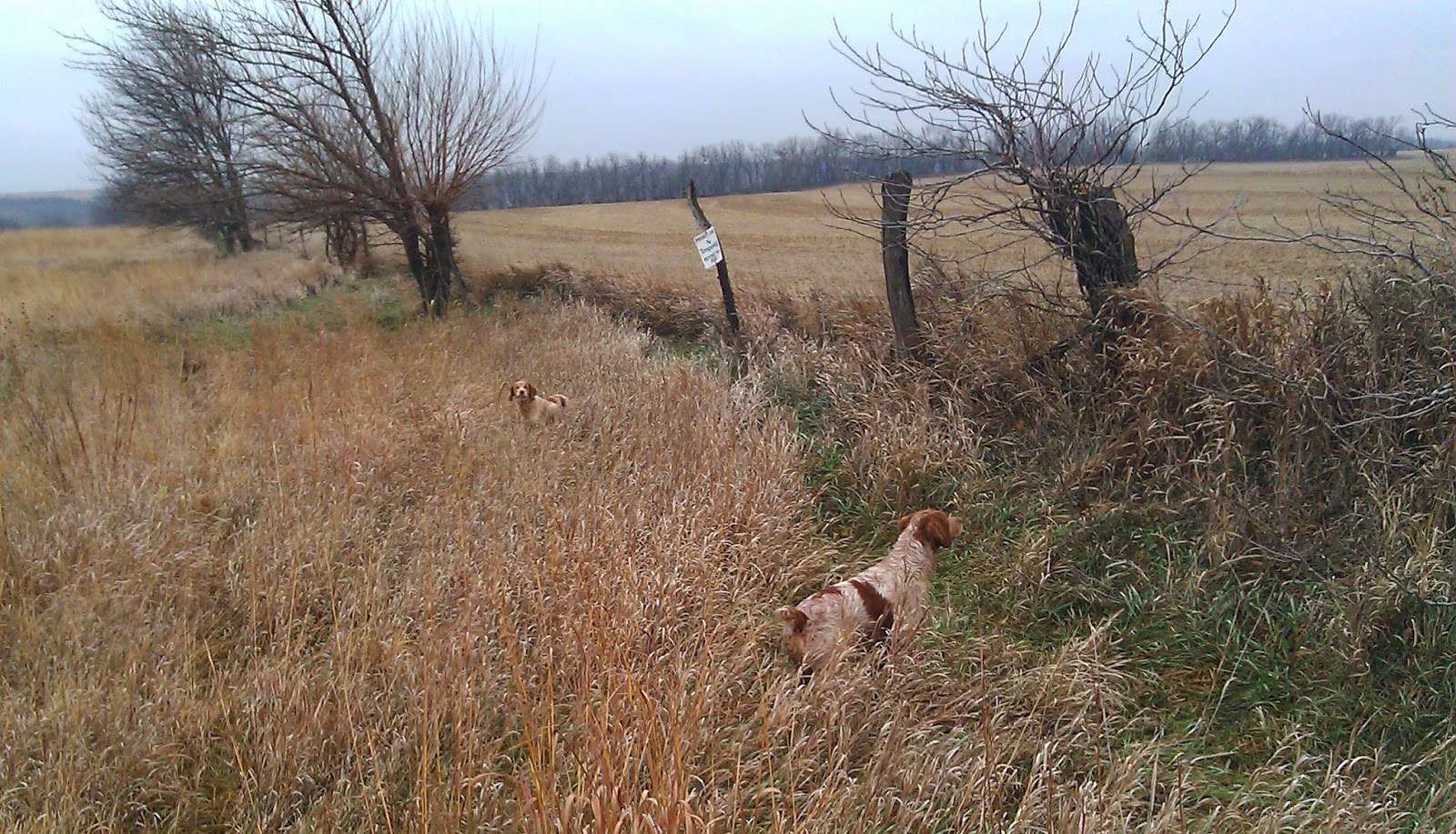 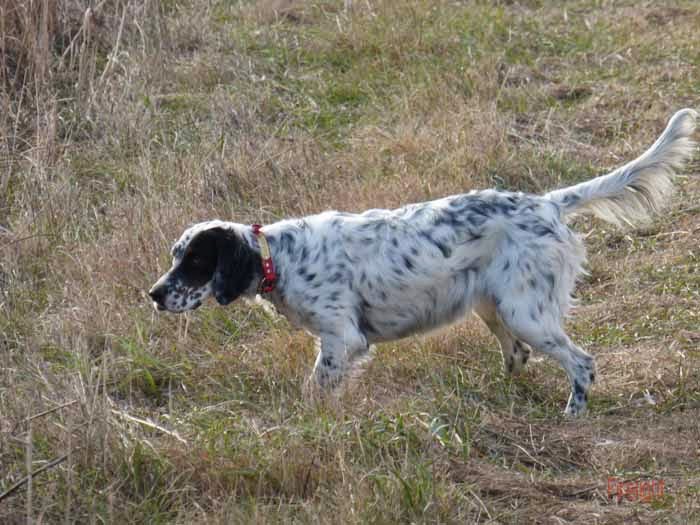 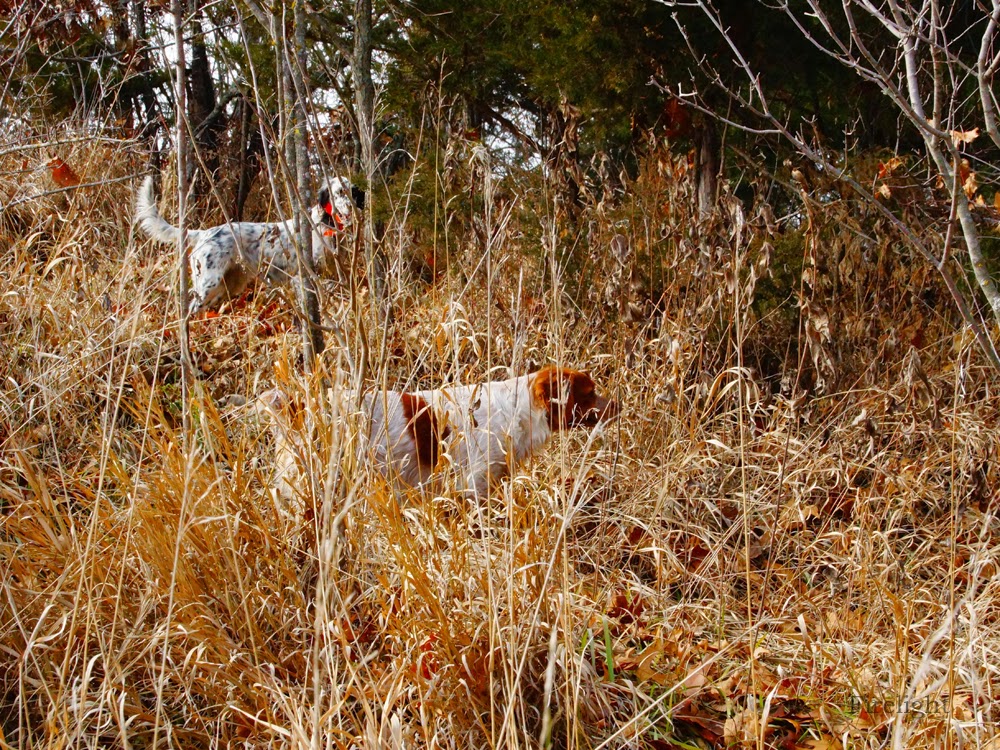 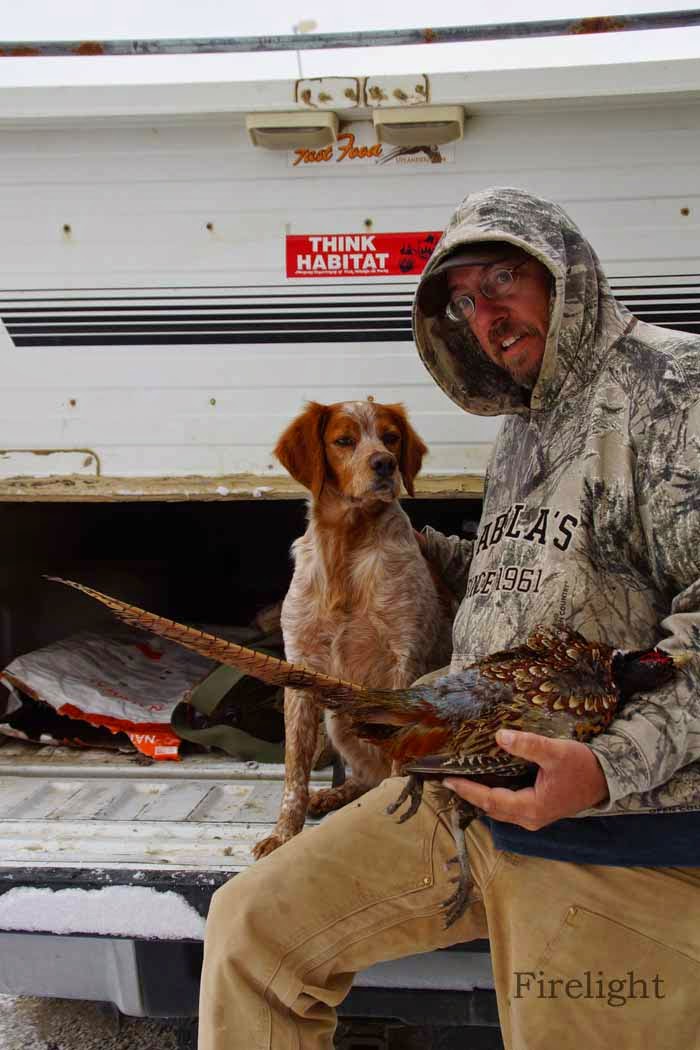 Posted by Firelight Reflections at 6:03 PM No comments: