Pride (In The Name of Love)

Over the years, my rule of thumb with firearms, vehicles, camera gear, and guitars has always been, "Just past halfway 'tween entry level and Pride."

That works for me.  My shotguns and rifles fit, go bang when they are supposed to, and are never to blame for my inglorious misses.  My trucks get me where I'm going; my camera gear fetches images I cherish.  The guitars?  They are tons better than I can make 'em sound.  But in another arena that matters to me - bird dogs - I have to confess, the mantra doesn't hold.  Regarding gun dogs, the needle is way over toward the pride end.

That would figure - those other things are tools.  The bird dogs I love most feed my heart.

A word about "pride."  Don't misunderstand me.  My dogs have never been a "look at me" deal, for starters because my four decades'-long list of canine collaborators and I have embarrassed each other in times and places where the last thing we wanted was for someone to even glance in our direction.

The second reason is because, to date, my most beloved brag dogs were all bred by someone else.  Other than being clever enough to stay the heck out of their way, I can claim no credit for them being the kind of performers that almost glow with athletic beauty, tractable brains, and bird sense...other than I did my homework and knew where to place a good bet on getting that special kind of dog.

Not long ago, I stumbled upon this quotation by a noted British poker player named Victoria Mitchell, writing about the pleasurable escape she derives from the natural world.  She writes, "The key to nature's therapy is feeling like a tiny part of it, not a master over it. There's amazing pride in seeing a bee land on a flower you planted - but that's not your act of creation, it's your act of joining in. "

So this sort of "pride" isn't about me, other than I succeeded in learning where to "plant my flower," so to speak, the pride in getting to be part of something much bigger than my own contribution to the dog I'm following.

Bred-in ability to learn that translates into bird sense comes at a premium.  That's because to get it requires generations of thoughtful trial and error breeding that is totally based in time spent afield proving out bloodstock the hunter can enjoy as a companion year 'round.  That kind of commitment, passion, and wild bird hunting background is not common.

But that's the prospect some of us believe we have to have, the one that pays dividends in developing more quickly and with comparatively fewer chances on wild game.  After all, the returns we're angling for are the ones that matter most to folks like us - that bit about sustenance for the heart mentioned earlier. 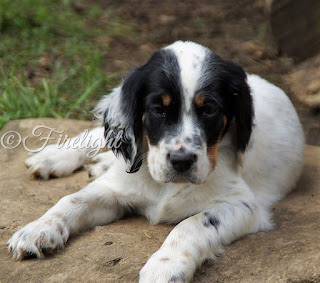 My stained hunting vest won't pass muster in polite company.  I can look out my office window and see the rear bumper of my truck is currently held in place by Gorilla Tape.  My favorite boots need resoled, and nobody's going to stop me in the grouse coverts to take a picture of my Italian over-under with the pistol grip sawn off and the comb raised with green molded fiberglass.

But my English setter?  I'd be proud to tell you how special he is. 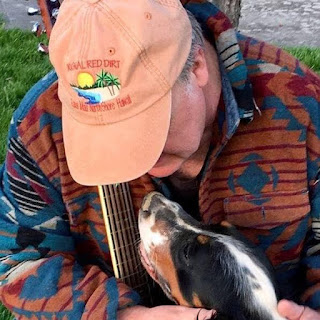 Posted by Randy Lawrence at 8:04 AM