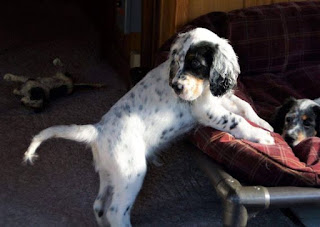 Firelight Cool Hand Luke
In a post-hunt huddle over smoked trout pate and adult libations, a guest went on at some length about the price of puppies, one of those yawn-inducing songs-of-himself that insured he would not be invited back.  Apparently he wanted us to know what he'd paid for his most recent prodigy, shipped into Columbus all the way from West Texas, dontchaknow.

As he laid out his outlay in graphic, cringe-worthy detail, I found myself carefully studying the label on my beer, you know, to see if they still admonished against drinking during pregnancy or operating heavy equipment.  I wasn't scheduled for either of those activities that afternoon, but I kept busy with my research, dreading what I knew was coming.

And come it did, just as our guest stopped to catch his breath and cram his boasting maw with trout-on-a-Ritz. I heard the rocking chair in the corner squeak.  Ice rattled in the signature plastic drinking glass, the Jameson all sipped away.  That's when our host, a curmudgeonly bird dog veteran from since before his guests were born, leaned forward and began the beguine: The Price of Puppies -  Lecture #9. 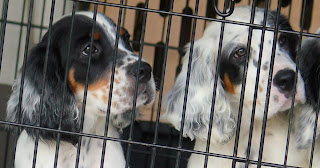 "Whatcha pay for a puppy is the expenditure that ought to matter the least," he said, teeing up the rest of the oration I'd heard, when prompted, for more than twenty years.  "Nobody ought to be impressed with the size of the check.  Nobody should be impressed by how far you flew that puppy in - matter o' fact, I got issues about people flying weanling puppies 'round the country, but that's a different discussion."

"What you want to talk about is why you went where you did to pick that particular dog.  What was it about the breeder's hunting that was like yours?  How long's he or she been breedin' the kind of dog you like?  Is she a reg'lar or just one of those, "I Got A Good 'Un An' So Does My Neighbor, Let's Bump Uglies One Time" people? 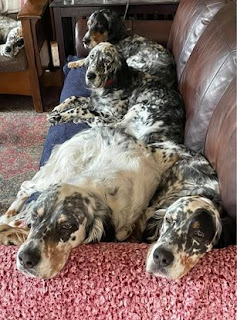 "Didja get references?  Didja talk to folks who hunt like you do who have one of his or her dogs?  Did you get to see any of her dogs work or see 'em hunt over the innernet?"

(The "innernet" reference was a recent addition to the text.  Our host was proud of being up to date on how folks puppy shopped in what he considered to be these debauched times.)

He shuffled to the sink and held his glass up to the window so his new pour could be backlighted.  Not a good sign.  That meant we were gonna get The Full Monty version of "Price of Puppies."  I was running out of beer and label reading material far too quickly.  But the cooler was out on the porch, and I figured I'd better sit tight.

The beleaguered guest sputtered into a meager pedigree defense.  "That's nice," our host said in a tone one might use for a child's Thanksgiving finger turkey drawing.  "I've heard of most of those dogs.  But did you get to see the sire of this puppies work?  What about the mama?  Do both of them hunt?  All wild birds?  Preserve?  A mix?  Did the breeder raise 'em?  Do they live in the house like your dogs do, or are they inside/outside like mine?" 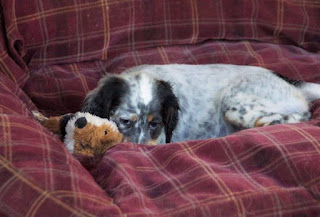 Firelight Cool Hand Luke
There was a lilt of panic as our host offered "what a good business" his breeder had, given the price charged per puppy.  He'd have been better served to chew his own leg off to escape our host's frosty finale.

"Good business?  Seriously?  You think anybody who's doing this the right way is making real money?  Go ahead.  Do the math around what it takes to keep several, maybe even a half dozen or so good dogs in the field enough to really prove 'em out and know what you've got.  Think about the vet care that goes into a planned mating, especially one that happens away from home and a live mating is backed by AI.  Think about the time and effort put into planning a breeding of healthy dogs that are backed with OFA numbers...and call me crazy, but I want OFA numbers, not some ol' boy bragging that he knows what he's breedin', and these puppies' grandmammy was runnin' ahead of a jeep after quail until she was 14!" 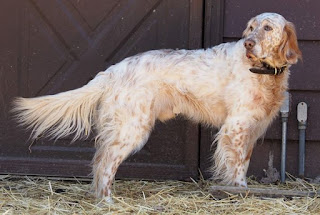 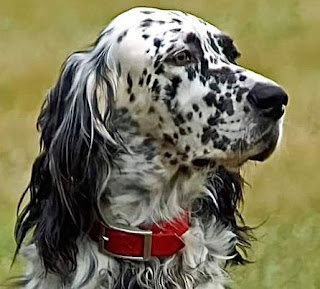 I didn't look up when the ice rattled. "Think about trying to arrange travel and work schedules to time up a heat cycle.  What about the vet costs in making that a little bit less of a crap shoot?  Think about whelping a bunch of pups, then givin' them the kind of medical care of shots, wormings, maybe even a BAER test, let alone constant handling and monitoring, stimulation and start on everything from house-training to blank gun conditioning to maybe even some pigeon exposure...Think about the phone calls and innernet mail, weeding through the trolls 'n' tire-kickers and bargain hunters, arranging pick-ups, meeting folks partway who come from off to get a nice puppy.  It's just endless.

"Hey - I made some money in business.  There isn't money in that business if you're doing things the right way.  I don't care what you charge a head.  The volume breeders turning out a bunch of puppies every year, speculatin' on pedigree paper, who don't hunt or trial or have any first hand way to evaluate their dogs, who don't x-ray, or who breed for looks or color or reputation or who knows what...maybe they make some money, at least for a while. 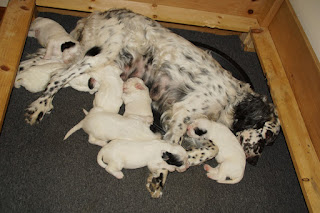 Here's where I was ever so thankful for a pause filled by another guest who had brought a new shotgun for show 'n' tell.   His fetching that in from the front porch rack allowed The Puppy Guy to spread some more pate on a cracker to help swallow his pride, allowed our host to throw him a bone ("From what I saw when you had that pup out in the barnyard, she's a good lookin' rascal") and got me back to the cooler...just in case somebody mentioned "choke tubes." 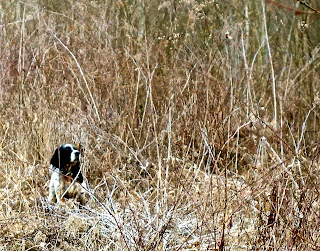 Posted by Randy Lawrence at 6:02 PM